In a couple of recent posts, I’ve talked about IKEA. You want to stay out of IKEA’s toilet, and know when not to assemble IKEA cabinets. Today, we need to have a talk about the IKEA Tarva Bed.

This conversation goes to the very reason Rent-A-Dad exists. We’re here to help people who need things done, but we’re also about creating a fair marketplace for workers. Rent-a-Dad wants to transform the Gig Economy into a system that works for everybody.

Recently, I came across this job posting at one marketplace for assemblers: 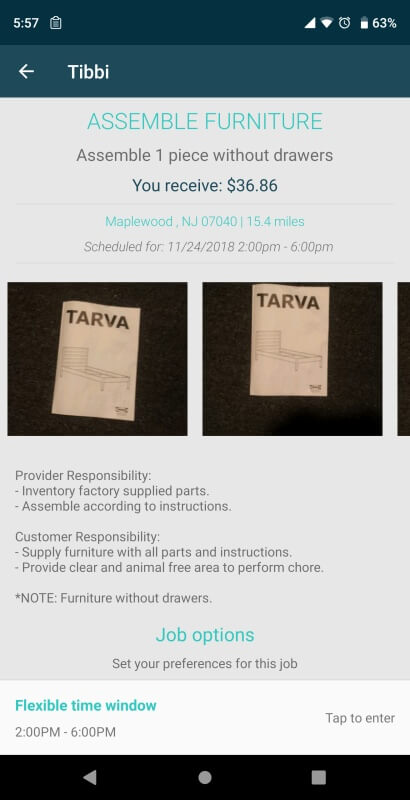 At this particular site, on this specific task, pay for Assembling the IKEA Tarva Bed was a bit under $37. Rent-A-Dad has done this job, and we can tell you it’s an almost-two-hour job. Excluding travel time and expenses that means this IKEA Tarva Assembly job was paid at less than $19 per hour.

Let’s ignore the issue of whether people with expertise in IKEA Furniture Assembly should be paid this little, and the nature of the relationship that this company is establishing by dictating price rather than allowing assemblers to set their own and let the market decide whether they’re getting hired. Or … let’s not; Dad has an angle.

If you buy a Tarva bed from Ikea, they’ll assemble it for $72. Twice the price you see above: 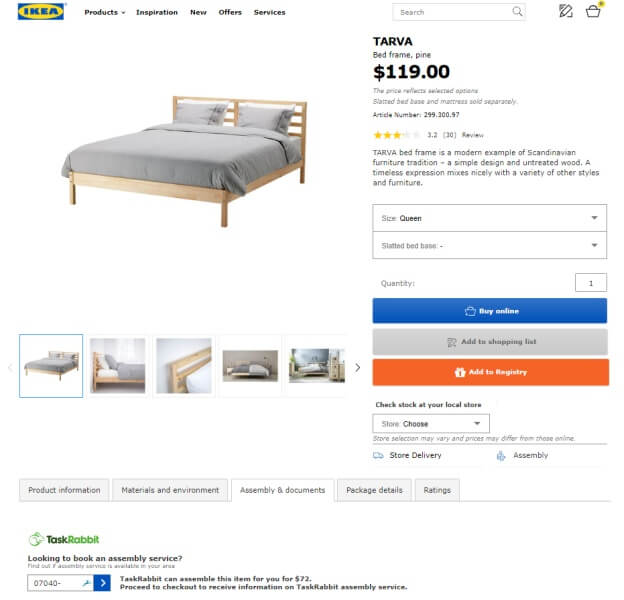 Ikea pays contractors who opt into their branded furniture assembly service $36 per hour. So this aligns with what I said above about assembling a Tarva Bed taking two hours. On the other hand, Ikea often underestimates the time their assembly jobs take; imagine if it was a three-hour job and you got the $36.87 in the image you saw at the top of this post!

As a consumer, it might sound like a win to get Ikea Tarva bed assembly for so low a price. it isn’t. If a person with specialized skills gets paid $18.50 per hour he or she will soon need a new profession.

Take this as an example of Rent-A-Dad doing the “Dad” thing. You get what you pay for. Wanna talk about it?.