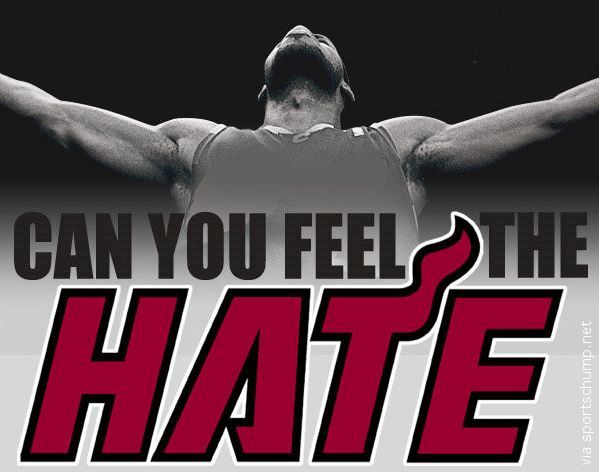 Despite being a long-suffering New York Knicks fan, I have no reason to Hate The Heat. Sure, my team’s inter-division rival is pretty much always better than we are, but Hating the Heat? Not in my DNA.

If you’re a fan, though, you may have just gained a two-out-of-three shot at hating the Heat.

I like well-placed technology—and I’m an e-tickets guy—but the NBA’s Miami Heat just did something incredibly stupid. Going forward, the only way to get into Miami Heat games will be by using your smartphone.

No, seriously. The. Only. Way.

And that’s only part of the problem. Today, I really am Hating the Heat.

I don’t have a problem with business change unless it’s change for change’s sake. I’m a capitalist, so I have no issues with finding new revenue streams. The NHL’s Montreal Canadiens hockey team is now charging for the right to use paper tickets, for example. That’s fine.

The Miami Heat are justifying going e-ticket-only by saying that one out of three fans is already using an e-ticket anyway.

Seriously. One-in-three is their justification for forcing something on the other two-thirds.

It’s not like stupidity is an epidemic in the NBA. For example, the Boston Celtics “get it”, and have for years. But it doesn’t require a statistician to know how bad a decision “smartphone entry only” is. To begin with—and very few of my readers will face this problem—not everyone carries a Smartphone.

People who do, and who use them for things like event entry and airplane boarding will keep their batteries charged, so I won’t even go there. But the Miami Heat have literally just told anyone who doesn’t use a smartphone they aren’t welcome at games. And it gets worse: you need to use the Miami Heat App, as well; digital ticket copies won’t cut it.

This is genuinely one of the most ill-advised examples of business change I’ve ever seen. Nothing is wrong with the idea, but the way it’s being executed is inconceivably dumb.

As I said above, there’s no reason to think that stupidity and sports are linked. And from what I’ve heard elsewhere the Miami Heat are a well-run business.

But it’s an amazing jumping-of-the-shark. The idea of digital-only will take hold but today isn’t the day, and this isn’t the way. Even without Lebron, Hating the Heat just got way too easy.