Uber’s Travis Kalanick is no CEO. Are You? 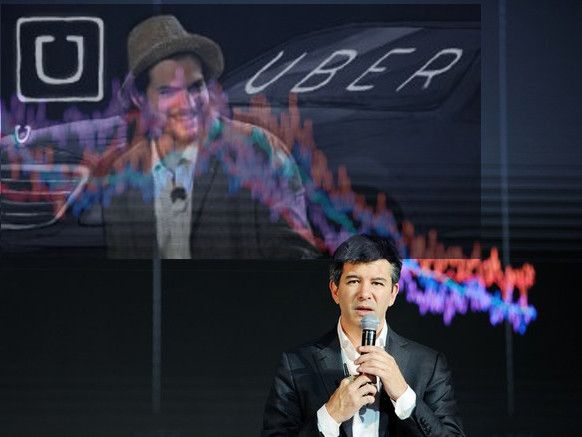 Travis Kalanick is no CEO.

The thought hadn’t occurred to me until I stumbled across this piece at Wired. I found myself thinking back to Mark Zuckerberg’s earlier days trying to run Facebook. It wasn’t pretty. But then Zuck brought in adult supervision and things turned around.

Now Uber’s Travis Kalanick is looking for his Sheryl Sandberg. Problem is, nothing about the way Kalanick has been running Uber suggests he’ll take to a COO “running his business” the way Mark Zuckerberg took to his. Because truly, Travis Kalanick is no CEO.

I’m not going to say that Travis Kalanick is too young to be a CEO; unlike Mark Zuckerberg or Matt Mullenweg, Kalanick, age 40, is an adult. And I don’t care that Kalanick was spotted just a couple of days ago at a sexist-double-entendre-themed party—during a period when he’s being examined for creating a sexist environment at Uber. People go to parties with their friends; all good on this front, Travis.

But Uber’s CEO is missing the point when it comes to finding a sidekick. Mark Zuckerberg needed an adult with an even temperament to handle the nitty-gritty at Facebook. He was brash, but once relieved of COO duties Zuckerberg grew up. He became a great spokesman for and the image of Facebook.

There’s nothing to suggest Travis Kalanick can do the same. In fact, there’s plenty of evidence that suggests the opposite.

Being a CEO is a public-facing position. Just as early Uber investor Ashton Kutcher has a tendency to say the wrong things, right down in his soul Travis Kalanick seems to believe that unapologetically creating tension is a good business strategy.

Within limits he’s correct; when people get too comfortable their performance slips. But a CEO’s job is to make things look good, not difficult. Your employees need to believe you’ve got things under control. So do your shareholders and customers. And when you get big enough for it to matter so does the public—as do government regulators.

Travis Kalanick is no CEO

I’ll give Travis Kalanick credit for having the insight to distance himself from Donald Trump, but it’s one of the few things he’s done right “as CEO” (and actually, the idea of walking away from a pro-business President is questionable, isn’t it?). But overall, Kalanick, presiding over—and it seems planning to continue to do so—an organization that doesn’t have even a small clue about customer service is a mistake.

I can see Travis Kalanick as Uber’s COO; if he flipped his plans for a sidekick he could succeed. Go ahead, Travis, run an employee-hostile workplace with an iron fist. Keep that reality under wraps any way you need to. Let the CEO handle the public stuff. You’re in charge, and regardless of the title you carry you can stay there.

But Travis Kalanick is no CEO.

On to you. Do you understand the difference between a CEO and a COO, and are you in the right role at your company?