Having it Both Ways 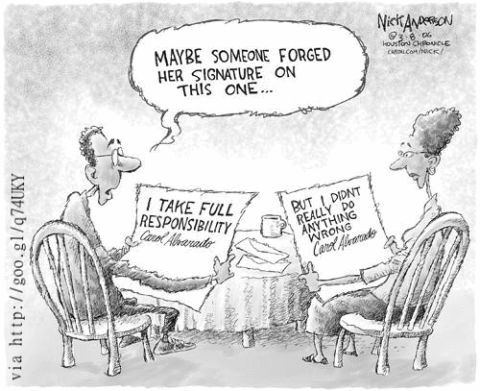 It’s one of those idioms that, depending on where you use it, may not mean anything. “Having It Both Ways” is a simple idea, though; it means wanting all things. Taking a position but also wanting one that is at odds with it. In a world where you need to interact with others is having it both ways possible?

Should “having it both ways” even be on your radar?

Over at The WordPress Helpers, we’re in the process of building something disruptive. As a result, I’ve had to write about community issues a few times, and one post actually sounds even to me (and has to many readers) like I’m saying exactly what you see in the two positions being put forth in the image, above.

But I also don’t see “I accept responsibility and apologize” as necessarily being the opposite of “I didn’t really do anything wrong”.

Nevertheless, this weighs on me. And today when I found myself having a back-and-forth under The WordPress Helpers’ Twitter account, there was an irony hovering over the whole thing I find it very hard to ignore.

What it comes down to—says me—is that my correspondent thinks it’s dirty to “hide content” on the Internet; he seems to believe in total democratization of the intertubes, but simultaneously happens to have been one of the people who takes exception to the way The WordPress Helpers is doing business—which, I argue, is totally democratized.

Which is his right.

I’ll say it again; it’s your right to take any position you like, short of one in which you commit heinous crimes. It’s your friends, business competitors, and everyone else’s right, as well.

What does this mean, and have to do with business process? Simply that sometimes, you aren’t just going to want to have it both ways, but having it both ways may be your goal.