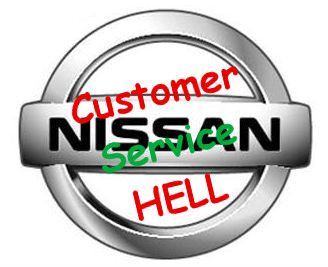 Being neither as smart as Neil deGrasse Tyson, nor as naturally funny as either Dr. Tyson or Louis CK, I pursue what I see as a similar world vision to these two otherwise very different men by telling stories about my real-life experiences and trying to walk you down a path to whatever convoluted point I have in mind. And I have a point to make about customer service:

When I pointed out how similar Donald Sterling, Magic Johnson, and Anderson Cooper are earlier this week I tied in some words about Nissan and Nissan Customer Service, and promised a story and a relationship between my odd assertion about this week’s biggest “news” story and customer service. And the point is really pretty simple: Customer Service is a matter of setting expectations, and if you either fail to do that or do it disingenuously, you will create problems.

You might not think of Sterling, Johnson and Cooper as being in the Customer Service business, but they, like everyone, have a need to set and fulfill expectations. Like the old adage that we’re all selling something all the time, we’re all in customer service. Let’s take a detour down Nissan/Customer Service memory lane, and see where we end up.

A bit of background: I’m firmly ensconced in middle age. That means I’ve been around the block a few times, and it also happens to mean that as a guy who spent decades living in the suburbs of New York City my book of life experience includes having owned quite a few cars, and having learned what matters to me. For example, I’ve stopped driving expensive vehicles—and feel all the more strongly about that having experienced the joy of several side-view mirrors being clipped off cars by people who kept on driving.

In 2008 I bought my first Nissan. I bought it at a Nissan dealership in Stanhope NJ called Lynne’s Nissan West, and through various life developments had no further dealings with them. The Nissan Altima I bought then served me well—well enough that when it was time to buy a new car last autumn I decided to buy another Nissan. I’ve never owned the same make of vehicle twice in a row; this was a big deal at some psychic and customer service/customer loyalty level.

I bought Nissan Deux from Koeppel Nissan in Queens NY. Koeppel Nissan’s General Sales Manager Joe Clem understands the car buying experience in a way I’d never before experienced. I came away from doing business with Mr. Clem incredibly happy about my experience at Koeppel Nissan, and were they not geographically undesirable I’d continue to do business with the Koeppel service department.

Of course, nobody really wants to “do business” with a car service department outside of performing regular maintenance, and sadly my new Nissan has a couple of issues that are proving to be difficult to diagnose and repair. When Koeppel Nissan failed to fix one of those problems, twice, I contacted Nissan Corporate, jumped through a few hoops, and was told that Nissan Corporate had no intention of helping me unless I could get a Nissan dealership to diagnose, explain, and provide an acceptable fix for the problem. Frustrated with my service non-service at Koeppel, I moved on to another Nissan dealer, Nissan World of Denville NJ.

I couldn’t be happier with the service department at Nissan World, and particularly with my service adviser, Eddy Rodriguez. Eddy took my odd computer-related problem seriously, and while he’s thus far been unable to solve it for me he’s done enough diagnostic work on Nissan Deux and pushed back enough on Nissan Corporate that I believe we might eventually get to the bottom of the problem I’m having.

But that doesn’t change the fact that there’s a defect in my new car, that Koeppel Nissan threw their hands up in the air and that Nissan Corporate has refused to help me despite prodding from Nissan World. I’ve chased this far enough that my patience has run out and I’ve made it clear that I’m looking for customer service more than car service. So this week I asked Eddy to refer me to the sales department while I was at Nissan World of Denville.

The end result of my attempt to buy a new car this week at Nissan World of Denville was that I wasted several hours and drove away in the still not-quite-right Nissan Deux. That’s fine, actually; not everything works out. And let me be forthcoming: I asked Nissan World to fix the problem that Nissan Corporate should be fixing and is refusing to—and which isn’t Nissan World’s problem. But the sales team at Nissan World, after enough back-and-forth on the matter to make the terms I was seeking 100% unquestionable, lied to me about their intentions. Lied. As in:

At this point, I stood up, requested the return of the key to Nissan Deux (which was being held hostage during negotiations), accompanied my salesman to the Nissan World of Denville business office, and after the manager who’d scotched the deal pretended to be shocked that I had a problem, he … get ready, I’m not kidding … yelled that I was being stupid and that “he didn’t want to sell this jerk a car”. Because, you know, insulting customers is a great way to do business.

Roll back for a moment to me starting this piece talking about story-telling and the connection between setting expectations and what people think of you. Whether you’re Donald Sterling, Anderson Cooper, Magic Johnson, Nissan Corporate Customer Service, or Nissan World of Denville, you have an absolute obligation to yourself to act in a consistent way with people who have specific expectations. And failing to do so leads to dramatic problems.

You might think I’m ranting. Nope. This message was brought to you by my firm belief in and devotion to customer service, to welcome the sales department at Nissan World of Denville to The Answer Guy’s Verizon Wireless Customer Service Wall of Shame, and to remind you that, especially on the Internet in the age of social media, things that may not appear to be related often are.

And that’s Influency. Wanna talk about it?