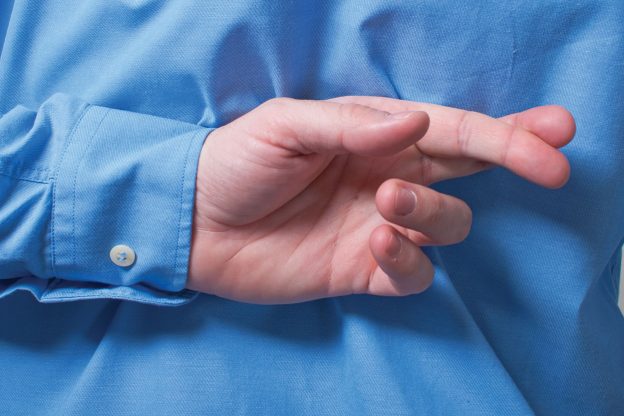 We’ve all been lied to. More than likely, unless you’re just crawling out of bed, you’ve been lied to, today. Wouldn’t it be terrific if recognizing a lie was easier?

Maybe it’s easier than you think.

As with so many things, figuring out whether the people you deal with are truthful means, simply, that you start somewhere. Why do people lie? Why would whoever you’re communicating with want to fib to you?

Why indeed? And why do you care about honing your lie recognition skills?

Recently, Dad came across an article describing Google’s position on the way Search Engine Optimization works. My fib radar flipped on immediately. At Answer Guy Central, Dad has been known to pontificate on the subject of SEO, and the tall tale that Google’s John Mueller spit out a few weeks ago screamed out. Yup, this whopper is just plain untrue.

What Mueller—who’s Google’s more-or-less-official liaison to the search community—said was that Keywords In URLs Have Minimal Impact Once Content Is Indexed. Strap in, kids. let’s dissect that bit of little white silliness.

You know why people lie, right? Lying is a symptom of wanting a different reaction than truthfulness would create. So what’s Google’s rationale for misdirecting the SEO community on the way indexing works?

The simple, bottom-line answer is that Google simply doesn’t want their search algorithm understood. We know that our search and advertising overlords use hundreds of different “ranking signals” in determining what shows up in search results. And it’s always been search optimization gospel that using a phrase in the title of a post helps with that. So, for example, you’ll see that this article’s title and the name its page displays include the string “recognizing a lie” because we want Google to believe and tell the world that your Rent a Dad has some thoughts on the subject. Will it work? 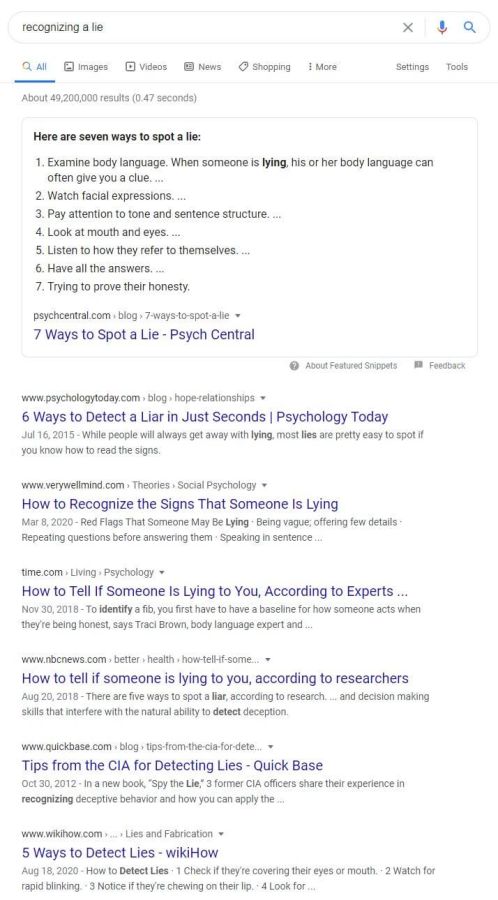 Dad’s Answer Guy self has produced amazing results in the search space, so despite competing with fifty million other pages we might soon find ourselves up in the face of people who search for recognizing a lie. But the question here is how you can hone your lie recognition skills.

Ready for the Dad-esque answer?

Yup, it’s that simple. Most things are. When Google tells you that there’s a good way to tweak your search engine optimization after claiming for years that they see you when you’re sleeping and know when you’re awake, you simply must raise an eyebrow.

C’mon, you knew that. You don’t really need your Rent A Dad to teach you simple lessons like that.