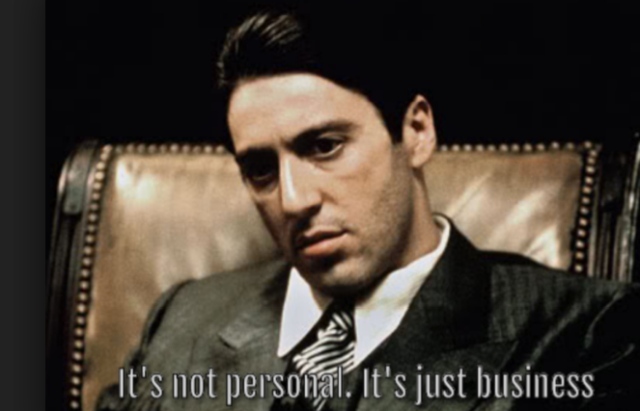 There’s an old saying that businesspeople rely on: Nothing’s Personal, It’s All Just Business. Uh-huh. As our sister entity Answer Guy Central says, there are limits to that idea. Here at Rent-A-Dad we take it further; It’s ALL Personal.

As Dad told you a few weeks ago, keeping things human is a big deal. Where this gets weird (OK, it doesn’t really, but stay with me) is where you draw the line on what “personal” means. There’s nowhere this “find the right mix of being a person and transacting business” displays more strongly than Donald Trump’s White House.

Rent A Dad isn’t a political entity; we’re grumpy about everyone equally! Nevertheless, it’s been troubling us for months that President Trump said he felt personally betrayed by business choices made by General Motors.

There’s an irony to that, of course; nobody’s more of an “it’s just business” guy than Donald Trump. No, sir. It’s All Personal.

Irony can be funny, but if you think about it most times irony comes at you like a freight train you’d like to avoid. To quote Alanis Morrisette—and let’s be careful; most of her ironies were really just coincidences—it’s a free ride when you’ve already paid. At least, that’s an example of irony sometimes, depending on the circumstances.

When talking about this particular irony most circumstances don’t matter. Context is everything most times, but when things feel as though you’re being hit personally, you are. Yeah, business is about getting things done and making money. Yes, in a world where decisions get made by reading a manual and business gets run by algorithms that becomes trickier every day.

It really is. All of it. The entire idea behind Rent-A-Dad is to help. Help our customers. Help our “Dads” (and Moms). Help business make just a bit more sense and be just a bit more human in a world where less and less humanity seems to matter every day. No so much to ask, is it?

If you think you’re a “Dad”, join us. Because if you get the whole idea, if you understand where we’re coming from, if you believe It’s All Personal, you’re not just a Dad, you’re a boss.