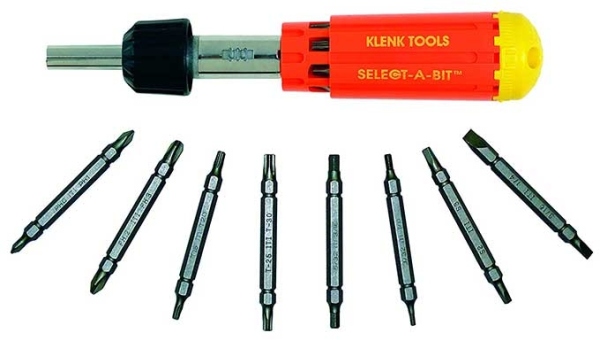 If you’re Rent-A-Dad—or really, any Dad-With-A-Plan—you think about things like tools. Hand Tools. Power Tools. Cool Tools in general. You love tools, or at least see them for what they are, which is … well, OK … tools.

But Dads are a practical lot, right? Tools are only worth having if they make your life easier. Say hello to a tool that Rent-A-Dad hasn’t quite figured out how he feels about. The Ratcheting Screwdriver is … a conundrum.

We get what’s great about ratcheting screwdrivers. You can get screws in and our faster and with less wear and tear on your forearm than is the case with screwdrivers that force you to just keep doing the twist. Can’t argue. And storing a bunch of bits in the handle, while also not quite the no-brainer non-toolies might see it as, is also a useful thing. This particular ratcheting driver tool hits both of those points, because of course it does. And that whole four-turns -to-one-twist-of-the-wrist thing? Nice!

But that doesn’t address the one really big problem with ratcheting screwdrivers.

The Problem With The Ratcheting Screwdriver

Ratcheting screwdrivers, like ratcheting wrenches, move in one direction at a time. You’re either driving a screw into something, or pulling it out. And unlike with a manual screwdriver—where you change direction by changing the way you turn your wrist—you need to stop and throw a switch to make that happen with a ratcheter.

Ever used a screwdriver? Noticed how often you need to drive/pull/drive if you don’t like how the screw is sitting?

Yup, That’s the Rent-A-Dad rant of the day. Ratcheting screwdrivers are a solution that’s generally worse than the problem they solve.

Get back to work. Need Rent-A-Dad? He’s right here.