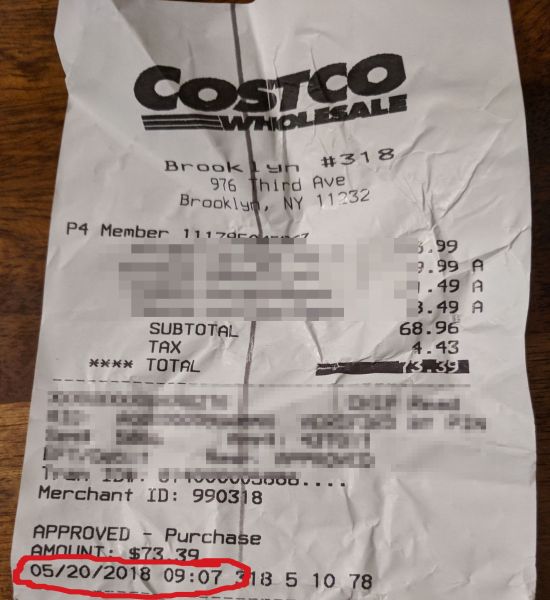 A few years ago, I told you about Google predicting that I’d be visiting a Costco in New Jersey. While I was sitting in my office in New York. Using a desktop computer. While it’s a complete coincidence that Google’s handling of data is becoming a serious anti-trust issue, on Sunday I learned a new Costco-related lesson in customer service. I don’t want to be there. And savoring small victories got huge for me when I walked out of Costco seven minutes after it opened.

I enjoy shopping in warehouse clubs like Costco … at least, generally. I gather consumer information that way, apply it professionally, and get a kick out of the whole experience. But not at the Costco nearest my home. The Costco in Brooklyn is arranged on two floors, the escalators are no fun, and it’s constantly crowded. REALLY crowded. I HATE this Costco store.

But it’s just over a mile from my home and I can get there on the subway in minutes. So for quick pick-up-the-paper-towels type trips it’s the right call, especially since driving and parking in my neighborhood is such a joy.

On Sunday morning I arrived at the Costco at 8:59. About 75 people (!) were waiting to get in at the 9:00 opening time. I knew what I wanted. I knew where it was. And I literally ran through, and was out at 9:07—without standing on line. A small life victory, to be sure, but … let’s talk about savoring those small victories.

Savoring small victories, as much as anything, is about recognizing them. You run around all day long sidestepping landmines. You have your “eye on the prize”. The landmines slow you down—sometimes even derailing big plans. It’s easy to spiral down, and some days you’ll want to lie on the couch and suck your thumb. That’s OK; taking the occasional mental health day is good for you.

But when that happens, it’s still unsettling, and “breaking out” can be hard. Savoring small victories … helps.

This sounds kind of new-age-y, and I’m more a slap-you-upside-the-head kind of guy. But I’m also a realist; sometimes you just need to see rainbows, or unicorns, or whatever gets your attention.

Do I have yours?