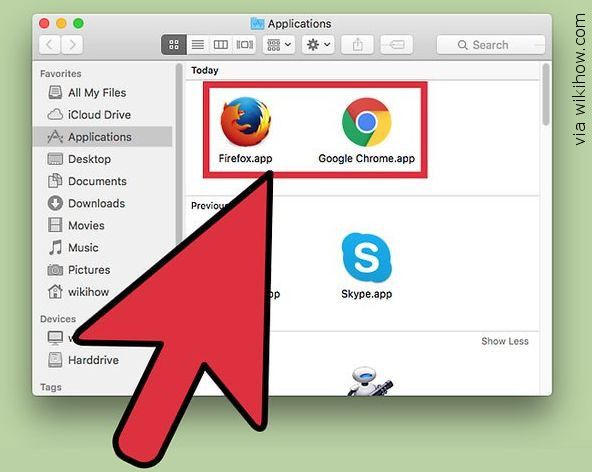 Last week, a new browser hit the market. And most of the reviews so far have been effusive: it might be time to think about changing browsers.

But give it some thought and you’ll very likely reconsider changing browsers.

Because as great as Firefox Quantum might be, it’s not Google Chrome. And because Google Chrome is way more than a browser. Which is where writing this article becomes uncomfortable.

Way back in 2009, before Chrome’s browser market share was anything like the dominant 60 percent position it holds now, I pointed out that browsers aren’t operating systems. But by 2012 that wasn’t true. In the Google Chromebook the browser is the operating system, and five years later there are an awful lot of Chromebooks being used. Meaning that if you’re a Chromebook user Chrome is your only choice; changing browsers isn’t an option. At which point changing browsers becomes both impossible on that machine, and impractical if you use other devices. Like, a smartphone, which I’m guessing 100% of readers here use.

And changing browsers only gets worse from there.

The Real Issue with Changing Browsers

To their credit, the folks at Mozilla have taken great pains to make Firefox Quantum look a lot like Google Chrome—which is terrific. And the improvements in Firefox Quantum are significant. But if you’re using Chrome and thinking about changing browsers there’s another problem.

Google Chrome users with extensions and Chrome Apps will lose them if they switch browsers.

I just counted my apps and extensions. I’m running nineteen little Chrome toys to extend the functionality of my Chrome setup. I actually use most of them often, and everything they do moves seamlessly between the computers I use regularly. In other words, even on my non-Chromebooks, the browser has become the computer.

In other words, while you must keep your browser updated, Google’s made sure that changing browsers hurts.

Once again, kudos to Mozilla; some popular browser extensions for Firefox Quantum are out already. But some is not all, and even if you’re OK giving up a few of the goodies you’ve added to Chrome, changing browsers is a lot more complicated than just … changing browsers.

I could rant about Google’s monopoly positions, but this isn’t that; it’s just smart business developed over many years. In fact, it’s really smart business. Want free hosting? We’ll give it to you!

And that “smart business” thing is what this article is really about. Mozilla’s being as smart as circumstances will allow. Now let’s find the smartest business plans for your business.